Running a DevOps workshop for Poland colleagues in March was a one thing but from a day one I was quite sure I will do have to repeat it locally.

Practicing DevOps and Continuous Delivery in company as IBM and for the enterprise customers might be a tough task. That’s nothing about enterprises, IBM is actually on a global level doing pretty much well in my eyes in the kind of internal transformation. Past are the days of rigid project management. The teams started to be agile, practice devops but a real break through was the “design thinking” initiative and all around “white watter” project. Teams running internal research, development, teams participating open source communities are agile, running complex CI/CD pipelines and using “edge” tools all of the kind. Geeks in IBM are open to OpenSource since early days and nobody should be surprised. IBM was one of the first enterprises that supported OpenSource projects at scale and that business decision was nothing else than that techie people in company liked it very much.

Yep, globally, internally or even CTO level the tendency is OK. The experience from the local markets and out-of-focus projects is a different story. That’s not a complain about the team leads or developers. On the projects and teams I run the infrastructure for they are pretty much up to date so not a word against them. The story is more about a “risks” on delivery side, time to acquired new skills while running a bunch of the existing projects, level of CI/CD implementation and about a will of individuals to learn and bring new things.

Saying that means do something proactive or shut-up.

This way I kicked-off the monthly series of deep technical workshops where developers can share their experience and skills internally or even invite a customer DEVs to participate.

Many thanks to @Trangova for the help with organization and the IBM Innovation Center for the infrastructure and technical background.

Updated: The event went on March 18. Even the room was not overcrowded still a success. It went smooth, people were active and we have found topics to share (Drone.io, Marathon on Mesos, etc..). As a result guys from local Watson team, I actually have meet first time after twelve years in IBM on last week “Regional Technical Exchange”, came with some use-cases and interest to run their infrastructure for dialog and speach recognition project to be run in containers.

Well we run still quite a log of traditional IT. So already developed Chef training is a one that will happen on 16-17.5. 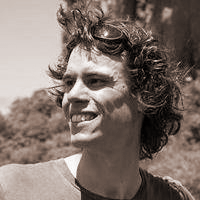